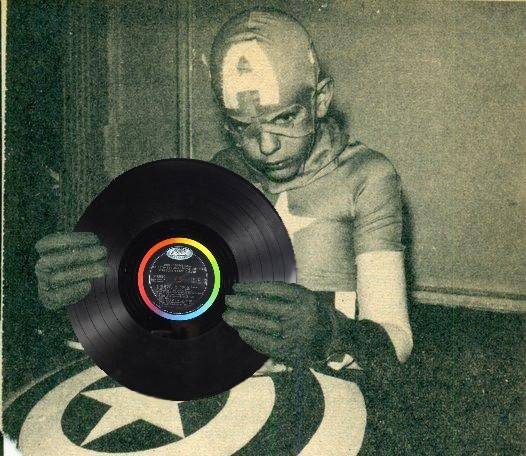 It’s difficult to believe that releasing a CD these days is essentially an anachronism. Luddites like me have a hard enough time accepting that an artist posting  a bunch of songs calls it a “release”. Can uploading a collection of  different bands be rightfully called a “compilation”?  I think not. I mean, that’s really just a playlist, something that twelve year olds do on their Kiks and you old people did on your Myspace a decade ago,  a continuation of the mixtape concept: "Here’s stuff that I listen to ".

We're talking a music compilation in the older sense of the word. Not a box set (Time-Life’s  British Boys in Spandex 1985-86) or a collection (Wankoff Metal Riffage III! ). Ok, I made those two up but odds are they exist someplace albeit under another name. Typically, the classic Compilation (capitalized so you know I’m serious) showcases a record label or a snapshot of a town’s music scene at a moment in time. 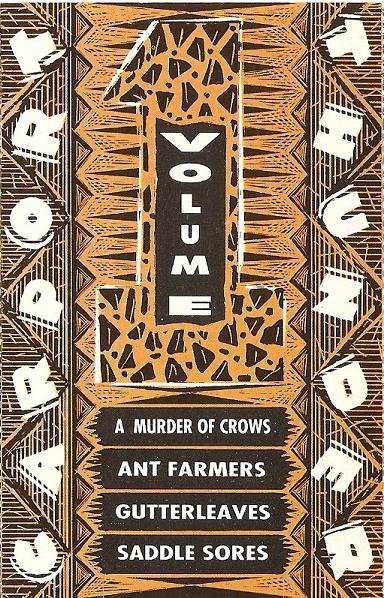 The earliest rock comps around the 'burque were small in scope. Showcasing four bands (Murder of Crows, Ant Farmers, Gutterleaves and Saddlesores) a cassette called  Carport Thunder was released in 1991 by Manny Rettinger of Ubik Sound.

Three years later, the I Shot The Principal At Resin Jr High 10” EP collected that label’s roster. Dogshit Recurdz and Science Project issued Albuquerque Shitcore Volume I and Been There…Done That  (respectively) on two 7” discs. Collectively, these three comps -- all by close friends and cohorts  -- covered most of the local punk-y bands of the time, including Triskaidecphobia, Elephant, The Drags, Bring BackDad, Scared of Chaka, Flakemusic, Treadmill, Word Salad, Feltch, Fractured, Shunt and more. 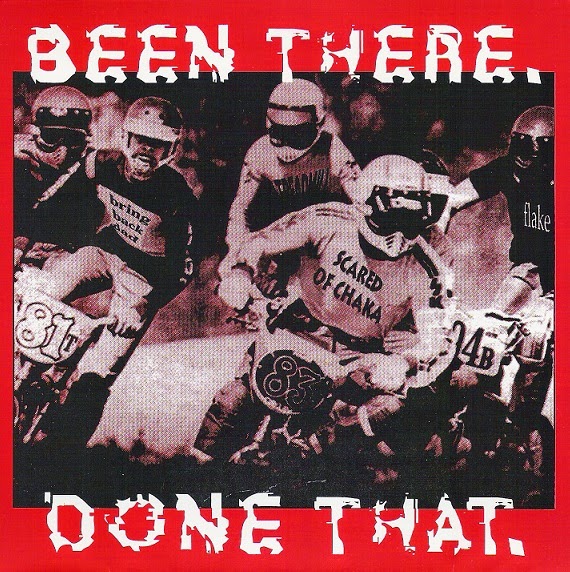 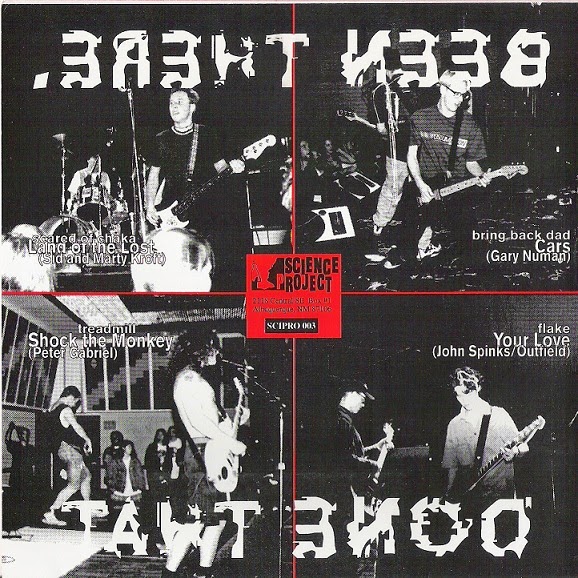 Over the course of the next decade,  SocyermomRecords became a contender for most rock comps issued weighing in with Ouch!, Socyermom Sampler,  Socyermom Winter Sampler, two volumes each of New Mexico Rocks! Pinup Calendar Companion and Rock Outside the Box and more, most of which label owner Leonard Apodaca blithely gave away. Close behind are five volumes of Burque Luv, all tracks of the Dirt City’s electronic scene, mostly little known unless you were part of it. But by sheer weight alone, public radio KANW wins with its hefty forty-three traditional New Mexican music comps. ¡ Hijola !

But wait there’s more! John (Gingerbread Patriots) Brophy’s Things We Did LastSummer, Beach Boys covers by various locals. The not-really-a-group Cobra//Group : Covers EP on Sicksicksick.  DJ Caterwaul’s Ear To the Underground series of bands playing live on his timeslot on KUNM-FM. NM Showcase (a battle of the bands thingie orchestrated by Michael Feferman) and comps by the Frogville , Detach and Little Kiss labels and so on, up until the present and (mostly) local Gatas y Vatas lady comps. 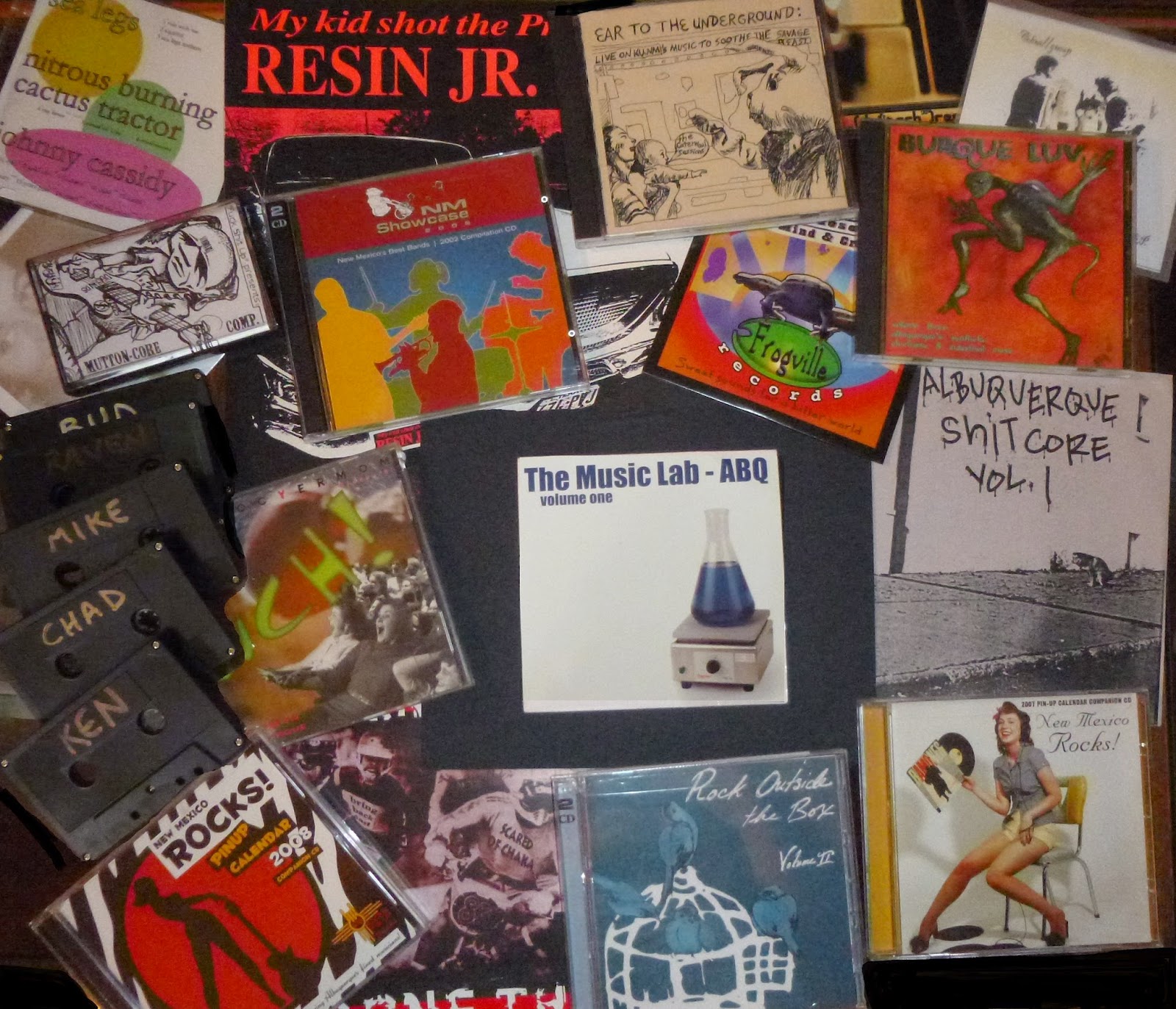 In a return to the old pan-label multi-band-promo compilation comes Music Lab-ABQ Volume I, an outgrowth of a series of multi-band shows, the proceeds of which paid for pressing this CD. Local drummer-for-all-seasons Joey Gonzalez and bass guy Dandee Fleming felt that the scene “could only benefit from a little more cohesion and cooperation”, according to bassist Clark Libbey who was enlisted to really push the project forward. Gonzalez adds, “Clark covered most everything. I just wanted to document the scene as it stands right now as I wasn't aware of anyone doing it across genres.”

The trio has succeeded with sixteen bands represented, even ones that know-it-all jerks like me hadn’t yet heard. Besides the compilation acting as an historical document, the hope is that you and I will get our slack asses out the door to support local music.

The next volume should see light of day in spring of 2015. Fleming adds, “Just make us look cool, OK? ”. To that I respond this CD has already done so. But the bands are cooler. 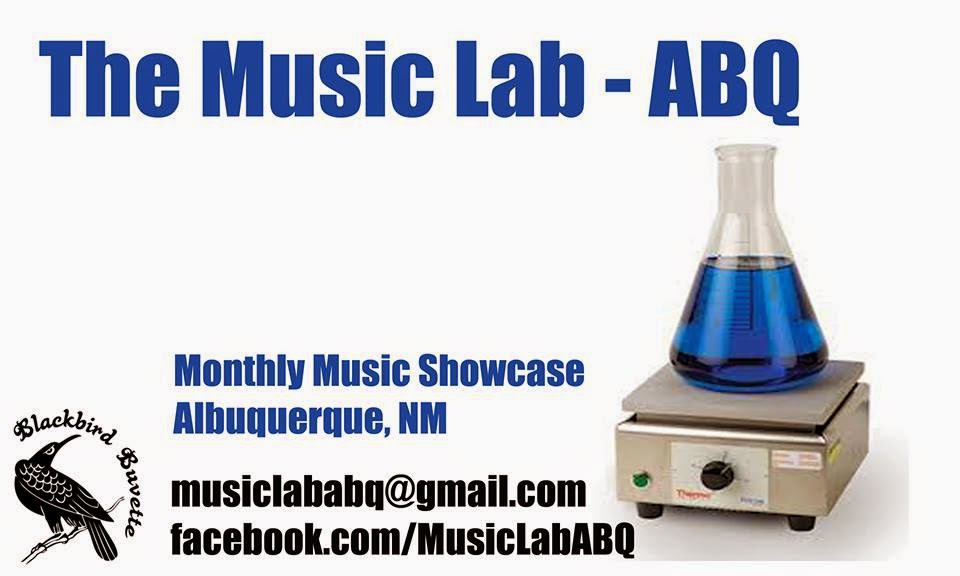 originally published in different form in Weekly Alibi
Posted by captain america at 11:18 AM

captain america
rock and roll's not dead. it's just passed out in the corner.